The Thing That Decides

The timer had been going off for who knows how long before its sound waves penetrated my sleep. I jumped out of the chair and ran into the lab to turn it off. I opened the freezer and pulled out the acid bomb. It was covered in ice. I put the sample cup in the sink and held the bomb over it, turning the lever on the bottom end to let the acid flow into the cup. Nothing came out. Frozen. I must have slept through a lot of buzzing.

The clock told me it wasn’t quite time for the four a.m. test, but I decided to go pick it up a little early. I figured if the numbers on the next acid test were similar to the one I had done an hour before, I could fake the one in between that I’d let freeze. You had to cool the bombs down some before opening them to keep from spraying yourself with hot acid, but I’d left it in too long. Once it froze, the numbers would be no good. I’d have to be sure not to fall asleep after I put the next one in. I could walk around the building checking office doors or see if Pat left her cigarettes at her lab station again when she went home that afternoon. I could have used one to stay awake.

The phone rang. It was Don, the digester tech.

“I wanted to see if you were okay. You didn’t call with the acid numbers.”

“Yeah, sorry Don. I screwed up the first test. I’m getting ready to do it again.”

“The reason I asked is because Todd and I fell asleep, figuring you’d wake me up when you called. You didn’t and I overcooked two digesters. Gino’s going to be pissed when he finds out. I may have to dump them both.”

That’s two tanks of pulp, each about as tall as an eight story building. That’s a lot of pulp to run down the drain, a lot of toilet paper that wouldn’t get made. A lot of trees that died for nothing.

Don had been doing this a lot longer than I had and this wouldn’t look good for him. That’s what graveyard shift does to you. The quiet dead of night. The smaller crew. The managers at home in bed. When there are no eyes on you it can make you believe that the rules have relaxed.

I put an empty replacement bomb in the bike basket along with my gloves, put on my smudged safety glasses and hardhat, hopped on the bike and rode out the door of the lab.

I have always loved the boiler house at night. It was right outside the lab, the first thing you saw. It was the oldest building at the mill, built in the early thirties. Some of the iron valves had been purchased from Germany and had been cast with raised swastikas on them. A couple of incandescent bulbs on the outside wall, sticky with spent acid liquors, weakly illuminated old brick and a labyrinth of pipes and gauges, tiny jets of steam spewing here and there, a black stream of water sparkling as it flowed between heaps of sludge into the sewer drain. It was a place of nightmares and danger and wild imagination.

I was standing on the pedals to pick up speed, feeling the night air whiz through the holes in my pants from past acid splatters, when I ran into an invisible wall of gas. It knocked me backwards and I landed on my elbow, scraping it on the wet concrete. The bike and the bomb and the gloves flew everywhere. As I lay there, the invisible wall hit me again, moving over me, engulfing me. My eyes turned to water and I couldn’t breathe. I stood and tried looking to where it was coming from and saw a feral cat stagger out of the digester building, stumble, fall over and die. I ran back inside to call Don.

“We got an SO2 leak in the basement of the digester building! A big one. Knocked me off my fucking bike. I saw a cat die.”

“Son of a bitch. Where did you see the cat?”

“Coming out of the accumulators.”

“Okay. Stay inside. I’ll tell you when to come out.”

This was one of those times when I was glad to be untrained in something. Don was going to have to handle this. I went back upstairs to the lab and stood by the window to wait for him. The gas was starting to rise and the old leaky windows weren’t going to keep anything out. SO2 was nasty stuff. It didn’t take a lot to kill you. And unlike ammonia gas, which stays pretty close to the ground, you couldn’t necessarily escape SO2 by going up.

Don was on the eighth floor of the digester building, in the control room. He had to secure the digesters, tell Todd not to fuck anything up while he was gone, get suited and then take the manlift down to the bottom floor. The manlift was a vertical conveyor belt that ran all the time from the top of the building to the bottom through holes in the floor just big enough for a fat guy to fit through. One side went up, the other side went down. From any floor, you could get on it by grabbing a handhold and stepping onto one of the little platforms sticking out of it. It was how we got around from floor to floor. If a new guy was too scared to get off once he got on, there was a plate at the very top that would stop the manlift when your head ran into it to keep you from going over the top and getting crushed against the ceiling. There were a lot of ways to get crushed, severed, poisoned or boiled in a pulp mill, but at least it probably wouldn’t happen on a manlift.

My eyes were burning and watering again by the time Don came around the corner in his white chemical suit, holding a toolbox. I knew he was nervous in there. His flashlight aimed down at the cat for a few seconds, then he went to where the acid accumulators were, disappearing into the darkness beyond the brick doorway. I was glad I wasn’t doing what he was doing. I’d searched for smaller leaks before with just a respirator on and no suit and it wasn’t too bad, but you had to be fast. There were hundreds of SO2 pipes running everywhere and even a pinhole leak made enough gas to kill you without you ever seeing where it was coming from. When you had a respirator on you couldn’t smell anymore, so the way you could tell you were getting close to a leak was that your armpits and balls would start to burn as the gas turned to sulfuric acid after condensing on your sweat. But this was a bigger leak than that.

I had just started thinking that this could save us–that we could chalk up the missed acid test and the bad cooks to us having to deal with a serious leak–when Don stepped outside the accumulators. He tilted his oxygen mask in my direction and gave me a thumbs up. Fixed. Now I just had to wait for a good breeze to return things to normal. He picked the dead cat up by the tail and walked back around the corner toward the front of the building and five minutes later the phone rang.

“You should be alright to go out again in a few minutes.”

“I think that may have saved us. You. That leak could have messed up your cooks.”

The line was silent for a few seconds then I heard him breathe something that wasn’t quite a sigh. “It could have. I’m not saying that it did. But it could have. I’m just not comfortable saying it did. Just get me those numbers.”

I hung up the phone and went outside to check on the bike. 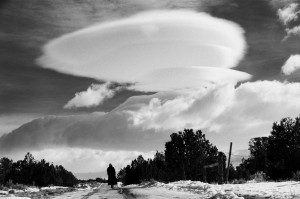