The Future of Us All

“Thirty years from now the rural areas will be controlled by corporations and everyone will live in the cities,” he said. I was on my third beer and I thought he was full of shit.

“How do you know what it will be like in thirty years?” I said. “Do you even remember what it was like thirty years ago?”

He held up his hand like he was getting ready to argue some more but I didn’t let him.

“Thirty years ago we had urban decay and everyone lived in the suburbs except poor people. Before the Industrial Revolution people ran farms, then they all moved to the cities. Then they left the cities. Now cities are cool again. How do you know what it will be like in thirty years?”

“What’s the incentive to leave the cities now? If corporations control the rural areas–”

I cut him off. “Corporations already control the rural areas.”

It was the stupidest thing I’d ever heard. He was halfway through his fourth beer while I was finishing my third. We’d just met and I didn’t know his name.

“Incentive?” I said, as I waved at the bartender. “How about that screen in your hand? Electronics. Cars that drive themselves. Things that mean you don’t have to be anywhere in particular to do your job. Why not move to the country? Five years ago could you even imagine half the things you do all day long now? Who knows what it’s going to be like in thirty years?”

I ordered another beer while he checked his messages. 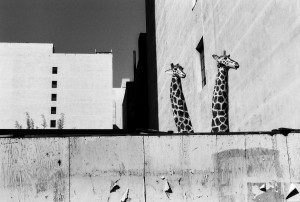 One Response to The Future of Us All