The first thing I saw was a young thin woman, in layers of mismatched clothes, trying to jam a fully assembled tent between a pillar and a chain link fence beneath the Viaduct. It was 1:30 am. By now this woman should be asleep inside her tent, not moving it. But she was only one of many. Tents lined the street and sidewalk and there were people everywhere, walking, talking, arguing, laughing. I had arrived at Compass Center on Alaskan Way South, my first time volunteering for the homeless count.

Inside was chaos and exuberance. People wandered in all directions while others shouted instructions. A guy with a video camera mounted to a Steadycam was filming everything. I was still half asleep and cranky with cold symptoms and didn’t know what to do. Pieces of paper were taped above doorways–”Volunteers”; “Team Captains”.

“I’m a team captain,” I said to someone at a table covered with stacks of papers. “Team 7.” She handed me my assignment sheet and told me to get in line. The woman in front of me was holding her assignment sheet–University District. My neighborhood. When I had left my house half an hour ago, I saw three tents in University Playfield, the park behind my house. Out front was an RV and an old school bus, cardboard covering their windows. Across the street, on the grassy hill above I-5, the small encampment of four tents that had been there for the past month was dark and silent. A hundred yards south, I could just make out the bundle of blankets and tarps that were wrapped around David, a mentally ill giant who had been sleeping on this hill for years. I was glad that it wasn’t raining tonight. I knew where everything was here, where the people were sleeping and wandering and freezing, which ones asked for money or sold Real Change. I asked the woman if she would be interested in trading.

“Where did you get?” she said. I showed her my assignment sheet­–Sand Point. An area of nice neighborhoods, many of them gated. Clean. Very quiet. “No thanks,” she said.

A group of people stood to our left, restless, jostling each other, looking anxiously at the guy sitting at the check-in table. The homeless guides. When the woman in front me handed him her assignment sheet he called out, “University District! Who knows the University District?” The guides started waving their hands and moving in closer.

“Okay, take it easy,” the guy said. He pointed to one of them. “You.” The hands dropped as a Hispanic man separated from the crowd and joined the woman. The guy handed her the map of her area with some papers stapled to it for recording information.

I was paired with a guide named Tyrone and told to go into the Volunteers room and pick someone who wasn’t yet assigned to a team. I still wasn’t getting it. It was too chaotic. So, when I saw Jacquie, from work, standing in the middle of the room, bundled in winter gear, looking almost as lost as I felt, I jumped at the chance to ask her to join my team.

I introduced her to Tyrone. We stood around for a bit, unsure what to do next, until someone told us we could go.

Outside, we wove our way through the tents and the people. “So, you’re our guide, Tyrone,” I said when we got into my car.

“I wish we had the U District,” I said, as we drove past my neighborhood on I-5.

“I heard about that place,” said Tyrone. “Haven’t been there yet.”

He turned and looked at her. “I’ve been there. They got a good pizza place there.”

Tyrone had moved to Seattle from Kansas City, Missouri just a month ago, looking for work. He was staying at Compass Center, upstairs from where we met.

“How do you like it there?” Jacquie asked him.

“It’s good. Got a bed and a place for my clothes. Everybody’s nice. Like to have my own place, though.”

He was hoping to get on as a custodian at Harborview Hospital, but for now he was doing construction cleanup at various jobsites. The money wasn’t bad; he could have afforded a place of his own in Kansas City. But in Seattle, it didn’t get him anything.

“It’s hard not to spend your money. You just want to go out sometimes. Be around things. You know? I like to shop at Ross. They got good clothes that ain’t expensive.”

When we got to Sand Point, Jacquie sort of took over. She was the organized one, suggesting the route, the way we would weave through the streets to cover the territory. Tyrone started off with the maps, crossing the streets off as we completed them, but he didn’t seem to be enjoying it very much and after a bit Jacquie offered to give him a break. She became the navigator for the rest of the night. It was really the only thing to do. We got bored. It’s not that we wanted there to be a bunch of people living on the street; I guess we wanted more of a challenge, like crawling around industrial areas, or under I-5. On our route, we didn’t even get out of the car. We found a total of four homeless people–a beat up RV, a car with steamed up windows, a person covered in blankets and cardboard on a bench in front of a bank, and a guy on a bike who just didn’t look right for this neighborhood. We weren’t sure if he was homeless or not, but counted him anyway. We needed something. We had all this paperwork to fill out. I kept sighing in frustration and Jacquie and Tyrone kept laughing every time I did.

Back in Pioneer Square, we got out of the car and immediately someone came up and shook Tyrone’s hand, acting all friendly. I had seen him before. He claimed he’d been clean for a year and only needed a little change for the bus to his job in Bellevue. We politely turned him down and he smiled before walking away.

“You can’t give them money, man,” said Tyrone. “I’ll buy you a sandwich if you’re hungry, but I ain’t giving you no money. I hate to say it, but some of these people prefer living in their tents instead of going to the shelter, especially if they’re using. There’s room if they want it. I’m just saying.”

Inside Compass Center, Jacquie and I handed in our mostly blank paperwork at the check-in table. Tyrone signed something and a woman gave him eighty dollars. We thanked Tyrone for his assistance. He smiled, then drifted away. Jacquie and I went into the room where I had first found her. Tables and chairs had been put out and there were people eating eggs and bacon and potatoes. We grabbed two seats together and ordered our free breakfasts before heading home. 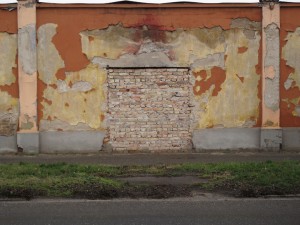 One Response to The Count