I Often Have Grand Ideas

I often have grand ideas, epiphanies of thought, where the words in my head are flowing by in exactly the order that I’d like to write them. Emotion wells up in me and I know that I have it perfectly correct, an idea that will make people perk up and listen, if only I would begin writing it right now. This conviction of perfection usually lasts a few minutes while I’m considering if I should reach for a notebook or open my laptop, but I hesitate because it always feels like I’ll break something if I move, if I change what I’m doing in any way, and the grand idea will dissipate, or at least dilute. The words will begin to change their order, and important words, influential words, the words that give the grand idea its meaning, will leave altogether. Like here. Like this thing you’re reading right now. I had something altogether different in mind before I opened my laptop. I was going to write about photography, about whether or not it is a lie. About how a photographer can manipulate a frame, a composition, to evoke an emotion from the viewer that doesn’t exist in the place that is being photographed. Like being in a crowded place and waiting until there are no people in the frame before taking the picture to give the impression that it is an empty place, devoid of people. When the thought first came to me all the words were perfect. I had convincing arguments both for and against. There were brief, stunning examples to support both sides. Is the manipulation a lie, or is the manipulation in and of itself a sort of truth since the photographer intended the manipulation, not to trick people, but just to give them an emotional experience? The words were perfect. Everything was going so well, until I opened my laptop. Now we have this. 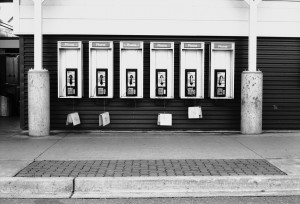