I stood in the field out back, beyond the lawn and the fruit trees, where the grass was tall. I didn’t see any sense in spending money on goats when I could handle clearing the field myself. I had discussed it with my wife at the time, my first wife, and before it turned into an argument she agreed to let me do it my way.

The grass was still wet from the rain the night before and I figured that this made it safer. I poured some gasoline from the can onto some of the wet grass. I set the can down, lit a kitchen match and tossed it. There was a brief whoosh before the flames settled in. A controlled burn seemed the best way to go. I poured some more gas in a different place and lit that.

But the grass was too wet and the fire kept going out, so I used more gas, got a bigger whoosh, and the flames lasted a little longer before flickering out again. I could see past the leafless branches of the fruit trees to the house. Why was I doing this in November? I thought about what my wife had said about goats. Then I guzzled out a bunch of gasoline in a big arc, nearly surrounding myself. The whoosh was tremendous. And before the flames could die down, I poured more to keep it going.

It didn’t take long for the flames to figure out where they needed to go to stay alive. The third time I poured gasoline directly on the fire, the flames crawled up the stream and ignited the can. I dropped the can and saw that my gloves were burning. I flung them to the ground. The flames grew around the can and I began to worry about explosions, so I kicked it, thinking that would take care of it, and splashed flaming gasoline on my pant leg. I flailed my leg in the air, fanning it, before I got smarter, then jumped over a few feet to where the wet grass was not burning and dragged my leg around in it until the flames went out. Some of the pant leg was gone, but my sock was still all right.

By the time I got everything cleaned up and went into the house, my wife was still standing by the kitchen window, tears of laughter running down her cheeks. She pointed at my singed pant leg, but she couldn’t say anything.

Soon after, I found some goats for sale in the newspaper. The guy delivered them that afternoon before I could change my mind. Three goats, one of them just a kid. I let them live in the small shed out back next to the vegetable garden. Three weeks later, the field was completely gone and we still had the goats. They grew ornery and bucked my kneecaps whenever I fed them hay. They knocked my daughter down a number of times and she cried about it. They seemed to favor her bright blue coat and aimed for it. When we finally got tired enough of them I called the guy back and told him to come and get his goats.

He had me. When he came to take them he gave me half the money I’d paid him in the first place. It wasn’t what we had agreed to on the phone.

“That doesn’t seem fair,” I said. “The goats are still in great shape.”

The guy shook his head. “I still don’t need them. They cost money to feed. You’re welcome to keep them.”

We didn’t say anything else. He grabbed one of the goats by the horn and teased it, laughing, before getting into his truck. I turned as he drove away and saw my wife watching from the living room window, her arms folded across her chest, my daughter perched on the back of the couch beside her. 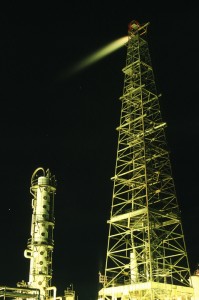