Phil picked up the phone and said hello. It was Remsy. Remsy talked.

“In the parking lot next to Wilson’s Optometry. Bring a bat and a small soft bag.”

Phil made a confused look that Remsy couldn’t see.

“That’s where he’s going to be. He’s getting his eyes examined. He has a 9:00 appointment. He’ll be wearing sunglasses when he comes out.”

Phil didn’t like it. “Mornings make me nervous. He’ll see us. Why don’t we do it at night?”

Phil heard Remsy sigh before Remsy said, “He won’t see us. He’s getting his pupils dilated. That’s why he’ll be wearing sunglasses.”

“I’ll sneak up on him from behind and steal his sunglasses. When he squints, you get him with the bat.”

Phil thought about it. Now it seemed like a better idea.

“Why the small soft bag?”

“I don’t want to scratch the sunglasses. They might be good ones. I could use a good pair of sunglasses.” 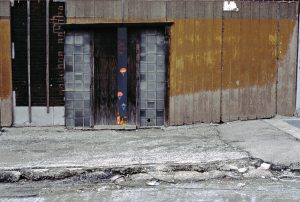 One Response to After the Examination