In the future, when people have perfected driverless cars, it won’t just be about the cars. Or the drivers. It will be about the network. All vehicles will be connected to the network and controlled by servers, their batteries in a constant state of charge. Cars will be like bits of data strung together invisibly, flowing without effort in bumper to bumper traffic along wireless roads, at 120 miles per hour, or 200 miles per hour, or faster. The speed will be limited only by the durability and performance capabilities of the roads and the cars. The skills of the driver will have nothing to do with it. The network will automatically adjust to accommodate the programmed routes, shuffling bits between other bits to access the required exit ramps and parking lots. The driver will have to do nothing.

Cars will become popular again because traffic jams and fossil fuel consumption will no longer be the issues they once were. The desire for the return to privacy will spur the growth. Public transportation may eventually become obsolete. Many people will live far from cities.

Cars won’t even have to look like cars anymore. They will be as different from today’s cars as cell phone cameras are from twin-lens reflex cameras. They could look like kitchens or exercise rooms or bedrooms. They will be limited only by the width of the roads and lanes upon which they travel. One car could have a puffy viewing couch and a window, or a large screen TV. Another could play chess with its driver or be outfitted with an array of stimulating sexual devices to make the commute more pleasurable.

Tractor trailer trucks won’t need cabs or drivers; they will be large long boxes on wheels whizzing along with the other bits of data at crazy speeds, the network adjusting to guide them safely to their distribution centers.

A bonus of the Pleasant Dystopia:

In the future, all people will have chips installed in their wrists that can tell other people anything about their lives, even their memories. And when the people go to National Parks in their driverless cars, a ranger will scan their wrists and their income data will tell the National Park Service how much disposable income they have and charge them for admission accordingly, on a sliding scale, so that the parks won’t be just for rich people. The views will be monetized and every time a person looks at an established view, a small cost for seeing it will be deducted from their account.

In the future, babies will have chips installed in their brains at birth. The chips will be monitored at various stages of their lives to ensure that they are achieving the required level of happiness, as set by the government. If the required level of happiness has not been achieved, the chip will trigger a brain aneurysm and kill them. Most people will be killed as angst-ridden teenagers, but some will make it as far as their first divorce. None will make it to the second. The chips may then be removed for use in new babies, as part of the planet conservation mandate.

In the future, all technological inventions will be instantly turned into entertainment devices.

Extra for the Pleasant Dystopia:

A portion of an advertisement seen in Planet Modulation, a magazine from the future:

Many have asked, “How do I get rid of this flooding rain in my area?” Well, the Worm Boys Wormhole Redirection Tubes are your answer. Simply download our application and type in the area where you’d like the wormhole to start, such as an area of the world that is getting too much rain. Then type in the area where you would like the wormhole to end, such as a parched area with failing crops, or some place you just don’t like and would like to see flooded, and VOILA! The rain is redirected to the area of your choice. Thanks to our advanced software platform, the wormhole will be automatically situated at the optimal elevation beneath the storm in order to successfully funnel all of your rain to the new location. And if there are no areas in the world in need of rain (highly unlikely), your surplus rain can be redirected to any one of the oceans, far enough away to keep you and your area safe from collateral flooding.

* It should be noted that some people in parched zones are uncomfortable at first with rain falling from a clear blue sky, but once their crops start growing again, everything will be a-okay.

Richard Brautigan predicted in 1967 that we would be All Watched Over by Machines of Loving Grace. 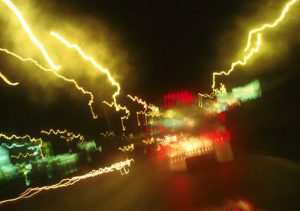 2 Responses to A Pleasant Dystopia